By Ian Gallagher Chief Reporter for the Mail on Sunday

Alan Waller was ‘deeply upset’ by the Panorama reporter’s misleading tactics, according to documents filed at the High Court. The 59-year-old says his business ventures suffered when his name was linked to the scandal.

While the BBC has compensated many other people involved, including graphic designer Matt Wiessler who faked the forged documents on Bashir’s instructions, Mr Waller says he was forced to sue the company because it refuses to settle his claim, or even to engage with him. in a “meaningful” way.

He is asking for £60,000 in damages and an apology and says he feels “like a scapegoat” even though he has done nothing wrong. Bashir used the statements as evidence that Mr Waller was getting money from a tabloid and the security services to spy on Earl Spencer and Diana – but the claims were false.

An independent review by Lord Dyson in 2020 concluded that Bashir acted deceptively in obtaining the 1995 interview, prompting the journalist to resign as BBC religious editor.

Shortly after, then Culture Secretary John Whittingdale wrote to Mr Waller saying: ‘I recognize how distressing Martin Bashir’s activities in falsifying your bank statements must have been for you and I can appreciate your relief that the facts are now out.”

After seeing Bashir’s fake bank statements, Earl Spencer introduced the BBC reporter to the princess. Two months later, in November 1995, the BBC aired the world exclusive interview in which Diana admitted her affair with James Hewitt and said of Prince Charles’ relationship with Camilla Parker Bowles: “There were three of us in this wedding, so it was a bit crowded.’ 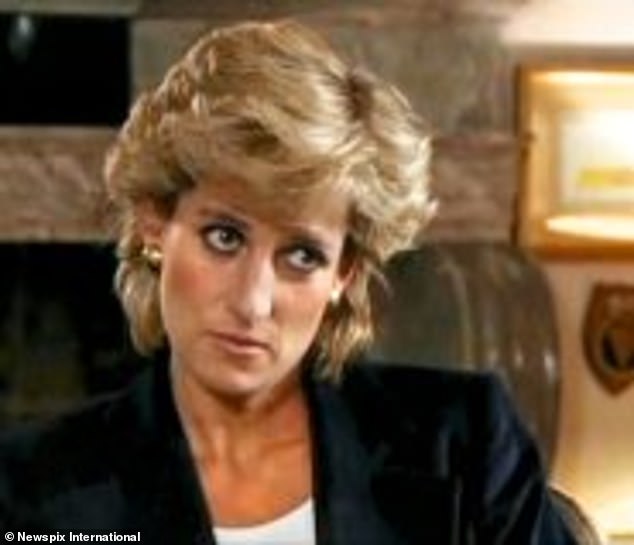 Princess Diana, pictured here during her infamous interview with Martin Bashir, later found to have been secured using fake documents

Mr Waller said all offers to settle his case were rejected by the BBC, while payments were made to others.

‘The strange aspect is that the BBC seems to deliberately single me out for non-payment,’ he told the Mail on Sunday.

“The reason given by the BBC for this is that I should have claimed in 1996. But at that time the BBC said publicly that the bank statements had nothing to do with Diana and the Panorama interview.

“So even if I had the means to sue them in 1996, what would have happened? The BBC covered up what it did and that position did not change until the Dyson report.

“They refuse to compensate me for stealing my identity, illegally obtaining my original bank statements, falsifying my bank statement to appear accurate, and allowing them to be published worldwide.”

Court documents say Mr. Waller “seeks general damages sufficient to compensate him for damage to his reputation, to vindicate his reputation, and to account for the distress, injury and humiliation caused by the publication.”

A BBC source said it was engaging with everyone affected by the Bashir scandal. But a BBC spokeswoman simply said: ‘We will not comment on the legal issues, but we fully accept Lord Dyson’s findings.

European Markets Hover Near Fixed Line Ahead Of Central Bank Statements By Investing.com

Meijer, customers at other stores frustrated after duplicate charges on bank statements